If You Ask Me Why

HomeIf You Ask Me Why
Nearly 11 months ago my heart raced as I shared the heartache and burden I felt for abandoned children with my husband.  I asked him if we could add ‘just one more’ to our family.  Maybe even a precious child who is harder to place.  It was crazy for so many reasons.
*We were working hard to pay off debt, including adoption debt
*We were in a pretty good routine with all the necessary medical visits
*We would have two kids entering college within the next 18 months
*We have five sets of bunk beds
*We haven’t added onto our house
*But mostly, we had about this much money: 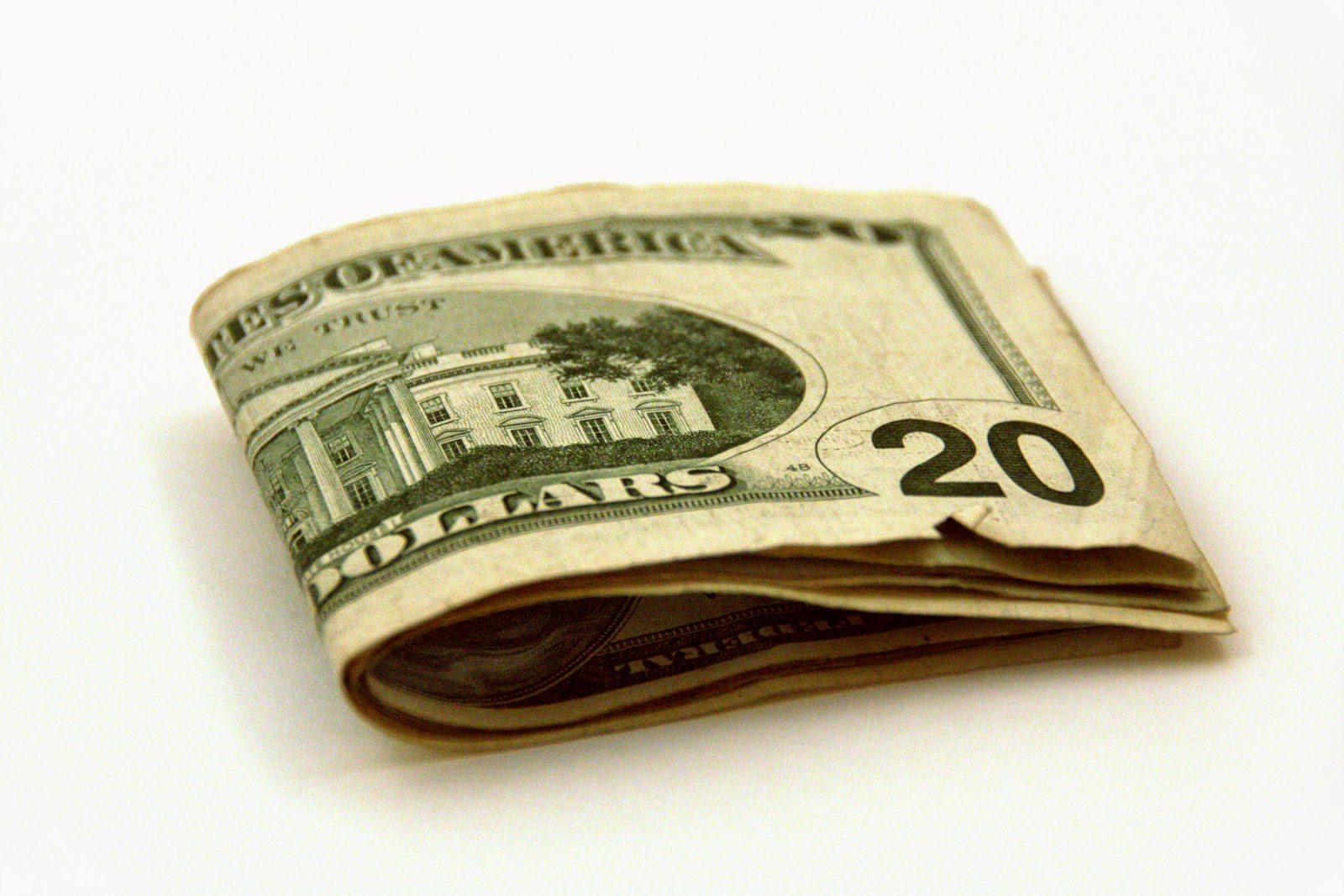 And an adoption process costs more than this much: 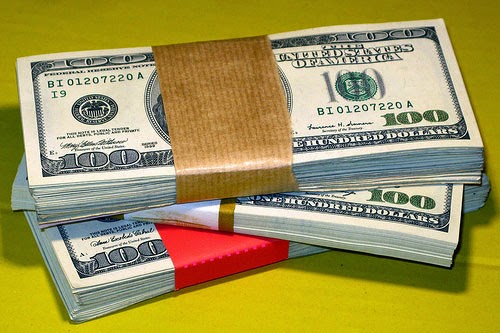 We knew we could supply all the love, nurture and care that our next child would need, but we didn’t know how we would cover the cost of the process itself.  We surrendered.  We were all in.  Committed.  After all, we’d had some extraordinary fundraising results in the past.  (*My mistake: to trust my own efforts!*)

We spent much time in prayer.  We thanked the Lord in advance for what He was going to do, knowing full well this would never come to pass without Him.  We set out to change the status of a precious little boy whose file showed marked delays stemming from a neurological event prior to his birth.  He wasn’t sitting up at 13 months.  He’d had a cardiology workup and a brain scan showing large pockets of fluid.  But we’ve seen this before.

As for the process, it’s changed even since Khloie came home two years ago, and we would need a bundle of cash to get the ball rolling.  I was sharing our exciting news with a friend and asking her to pray for us when she informed me that her new business was doing so well she wanted to bless us with the funds to get started!

Then a family member whom we’ve never had the privilege to meet contacted us and said he and his wife wanted to help – and help they did!

We were asked to share our adoption testimony with a nearby church, and although these days it’s difficult for me to even organize my thoughts, much less convey them intelligently, we agreed.  We were absolutely blown away by the love offering they gave!

We had enough to cover our home study and first agency fee.

I felt I needed to get to ‘work’ at fundraising so I had a sweet friend design a t-shirt specifically for our family.  We called it the Treasure Tee, and it was simple, yet held the message of our hearts:

For where your treasure is, there your heart will be also.
Matthew 6:21

In July, unbeknownst to us, our family was recommended to a business owner for adoption sponsorship.  He agreed to sponsor our family and ultimately would pay roughly one-third of our adoption costs!

And then there are the adoptive families.  Many also in the process.  And they choose to give.

Over time we held a few giveaways, but over all I was feeling like a failure at fundraising.

I finally asked the Lord to show me when to move and when to rest.  He kept telling me to rest, and I wasn’t sure I was hearing Him right because sitting still isn’t my nature.  But truth is, every time I moved, I proved I couldn’t accomplish the task.  He had such different plans for us this time.

We decided to lay low on the fundraising and simply trust, all the while telling Him we would work hard and do whatever we needed to do.

In July we would have the best sweet corn crop since our first harvest in 2008, and we wondered if we could pull off a BBQ fundraiser…in the middle of our 18-hour work days and on one of the hottest days of the year!  We only had less than two weeks to prepare, and we kept wavering back and forth as to whether it was a good idea.  Just when my energy level would plummet, the Lord would nudge me forward, affirming this was His idea and His provision.  We prepared pulled pork, sweet corn, strawberry sheet cake and brownies, and the cost was ‘by donation’.  The volleyball nets, tents, straw bales and tables were all furnished by friends, and it turned out beautifully!  At the end of the night, we praised the Father for His amazing provision!

It was time to rest again.  We just didn’t sense that we were to move forward on any particular fundraising.  We stretched our paychecks to the limit after giving a portion and saving a tiny portion.

Clayton was working extra hours, and then the unthinkable happened.  He fell from scaffolding, resulting in a broken ankle, a splenectomy, 15 days in the hospital, a slight complication, and three and a half months off work.  I was so consumed with my husband getting well and so grateful that he was alive that I put all thoughts of adoption fundraising on the back burner.  Yet, the Lord was working!

We were scheduled to speak at our friends’ church for Orphan Sunday in November, but that was out of the question since we were in the hospital.  Instead we wrote out our testimony and sent a video for sharing.  And we were blessed with a love offering, even in our absence!

We also received another unexpected blessing while in the hospital ~ three short videos of our little guy.  He was running!  Climbing!  Responding!

In December a sweet friend offered to host an on-line auction a few weeks before Christmas, and even though our present circumstances were a bit overwhelming, we did it.  We received awesome items, and raised over $1500, thanks to our hard-working friend and our faithful Father!

Soon after, one of our on-line friends and auction vendors was praying about giving toward our adoption, and let us know that she and her husband were contributing the orphanage donation of $5700!

In the wait for our LOA, I completed many applications for adoption assistance grants.  We were blessed to receive four grants, the largest of which we just received approval for today, 10 days before we travel!

In the adoption process, there are few things we truly have control over, and that is basically the speed at which we complete the paper work.  The rest is completely out of our hands.  We’ve had some curve balls thrown our way during this process, all of which were beyond our control.  And maybe, just maybe, the Lord needed to show me that I cannot rely on myself.  That what worked yesterday will not work today when I’m trusting my own ability.

Even with some of the obstacles, it never occurred to us to throw in the towel.  Never.  Because whatever we are going through, there are multitudes of others enduring much worse.

We can romanticize adoption and make it all about happy endings.  We will post great pictures while we’re in China.  We will watch our son blossom before our eyes.  And when he comes home, our friends and family will see a cute, active toddler who will meld into our family just like his siblings have.  We will no longer see an orphan living in a crowded room, sleeping on a plywood mattress, alongside others his age, all who gave up crying a long time ago.  Because whether they were wet, hungry, cold or thirsty, all the crying in the world wouldn’t bring help.

We don’t see the precious baby that was left, for whatever reason, on a curb, a doorstep, in a toilet, on the roadside, meant to be found…or not. 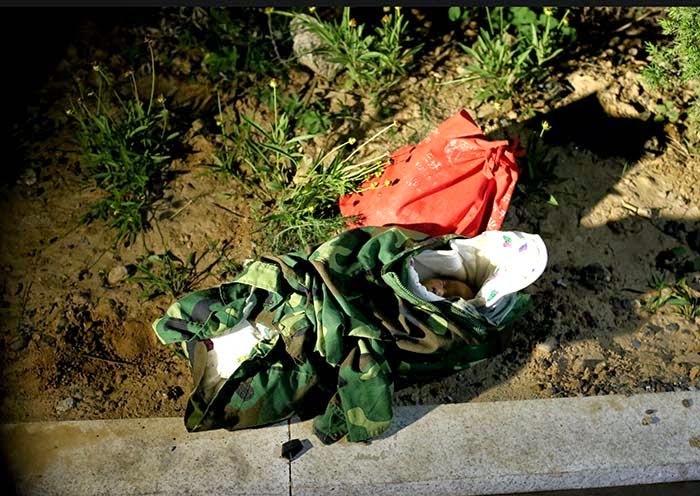 If a brother or sister is poorly clothed and lacking in daily food,  and one of you says to them, “Go in peace, be warmed and filled,” without giving them the things needed for the body, what good is that? So also faith by itself, if it does not have works, is dead.  James 2:15-17

And by this we know that we have come to know him, if we keep his commandments.  Whoever says “I know him” but does not keep his commandments is a liar, and the truth is not in him,  but whoever keeps his word, in him truly the love of God is perfected. By this we may know that we are in him:  whoever says he abides in him ought to walk in the same way in which he walked.  1 John 2:3-6