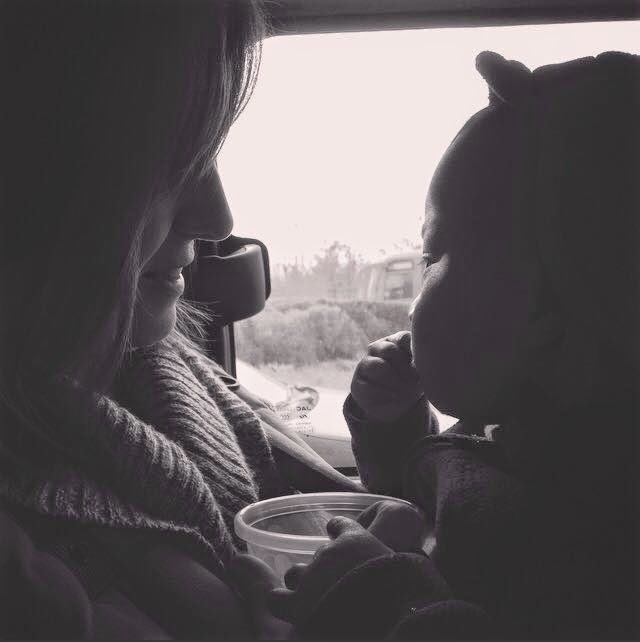 This picture was taken on Adoption Day (March 10), the day after Gotcha.  I love this boy!  My son!

March 9th, a day beginning like the two before it: waking much too early because of  jet lag, and missing the material goods in the luggage we hadn’t seen since checking it at Tulsa at 4:30 am Thursday, March 5.

And yet, this day would be very different.  The reality began to set in.  The precious little boy whom we’d fallen in love with in 7 pictures and mounds of paper would be placed in our arms today!

The culmination of praying, jumping into the proverbial river, fundraising, praying more, sharing our testimony, praying more and trusting like never before – it was all coming to pass today.
The village that it takes to raise our children was in full swing.  The H family had stepped in swiftly and moved into our home because the roads were too treacherous for the S family to make the five hour drive on the 4th.  Our church family had begun preparing meals to assist in caring for our krew.  The S family arrived before the kids were off the school bus on the 5th.  Our internet connection was good and Skype was working.  All was well!

At 9:30 am we left the hotel and headed to the Civil Affairs Office.  We were the first family to arrive.  There was an adorable little boy already there with his foster family, and I thought for a moment he was Kohlby, but he wasn’t.  Then a busload of families arrived.  Then a busload of babies arrived.  Another busload of families.  Another van load of babies.  Still none from Zhengzhou CWI.  We were grateful for the opportunity to watch so many children become family members!  Orphaned no more!!!

I was so captivated by it all, I barely heard Kenzie say, “Mom, he’s here!”  The next thing I knew a petite woman was walking my way and handed my tiny boy to me.  Where was the camera?  Where was my head?

This little guy dressed in 3 layers of clothing wasn’t fond of me and gently tried pushing away…until we found a sucker.  And then a cracker.  And another sucker.  Then it was Daddy’s turn to hold him.  Although he is two, I had prepared a bottle of water, just in case it was exactly what he needed.  It was exactly what he needed!  Our little man loves the bottle, and it is a precious opportunity to bond with him.

He still wasn’t sure about us different-colored folks, but he loved playing peek-a-boo with the girls, and as long as they were playing with him, he tolerated us holding him.

I was so grateful that we had completed the guardianship paper work ahead of time and could focus on our son in this very crowded  room.  My arms had longed to hold him for nearly 11 months, and I didn’t want to let go.

When our business was finished and it was time to go, I tried putting him in the Ergo, but he thrashed and threw such a fit it seemed every nanny in the room was telling me in Chinese that he didn’t like that very much :/

I held him all the way back to the hotel while Daddy and the girls played with him.  Little man is said to be potty trained.  He was wearing split pants after all.  But he refused to sit on the toilet.  This was a new one for us.  We’d need some help with this one, but in the meantime, little dude would be donning Pampers!

Once back in the room, everyone was hungry and wanted to go out.  Thank goodness my mama instinct kicked in.  I realized that Kohlby needed to know he could trust me so he and I stayed in the room.  I made a warm bottle and ramen noodles for him.  He allowed me to hold him and feed him the noodles.  I could tell he was getting sleepy so I rocked and sang him to sleep as he chugged the bottle.

It was reported that he loves his bath but does not love getting his hair washed.  Both are true.  The first bath, however, he would not sit in the water.  He squatted.  Even as I tried washing his piggies, he wouldn’t sit.  I’m happy to say that the following night he sat and played like it was the highlight of his day.

We decided to go out to supper as a family, and again tried the Ergo.  He struggled at first and then settled right down.  Success!  We made quite a scene in the restaurant as I fed my baby noodles while he was strapped to me.  Him looking into my eyes as I fed him was enough for me to block the stares of so many strangers.  This is exactly what we needed!

I wasn’t sure if he’d be able to sleep well since he’d had such a long nap, but apparently all the chasing his sisters between the two rooms, mimicking himself in the mirror and jumping on the bed did him in.  He settled in for a bottle and fell asleep just a few minutes after I laid him in bed.  What a day!  My heart is full!  My God is good!

The next morning, Adoption Day, we went back to Civil Affairs to sign the official adoption paper work.  Again, we were the first to arrive.  *Okay, church family, I know you have a hard time believing this :)* Kohlby laid claim on both scooters in the room.  So when more families arrived and other toddlers took over the scooters, our boy didn’t know what to think.  As I was talking to another mama, he came to me, grabbed my finger, and muttering in toddler-ish Chinese, pulled me to the scooters and pointed.  All I could do was love him and find another toy.  But oh my heart!

Later as Daddy was holding him, he flung himself at me, and sweetly said, “Mama.”  Yes, God is so very good!

Hour by hour, day by day, he will know that he is loved.  Not only by his family, but by His Creator.  May everything we say and do point to Him.  He brings beauty from ashes.  From brokenness and loss, He brings redemption.  We are not the redeemers.  We are the ones transformed.

My heart is full.  All praise and glory to the Father.

*And now I must go because there is a sleeping boy who is waking and needs his mama’s attention.*