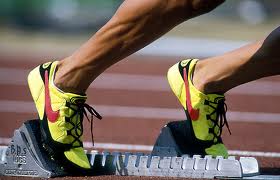 I find myself waiting for God to call me to the big stuff, but too many times I miss the small things.  Although both my husband and I have a dream and desire to serve the Lord in a very specific way, we need to be in a constant right relationship with Him so we don’t miss HIS plans.  I wish I could say I’m always on the right path…but that’s not so!  I’m so very human.  I’ve missed so many chances to be the hands and feet of Jesus in everyday life.  The Lord and I are working on that 🙂

Today my heart is so full!  Clayton and I have been reflecting on the last 8 months, and we still can’t believe all that God has done.  Please understand this is not a post about us.  It’s not about anything we have done.  This is all about HIM!  If it were about me, I’d have nothing to say.

Eight months ago, I was seeking the Lord.  I admit, I was pleading with Him about the desire He’s placed in my heart to serve Him in another land.  Ever since I surrendered to Jesus 11 years ago, Clayton and I have wanted to share the gospel in foreign lands.  I keep clinging to that desire.  So far God has had different plans for us.  So the path looks a little different from what I imagined.

As I was conversing with the Lord about this last year, He did promise to send us to another land…to adopt again.  That was okay with me!  But what about my dear husband?  *He’d made it clear we were done*  What about the finances?  *There was nothing in the bank*  What about the process?  *Such a long road*  What would people say, again?  *”Crazy” comes to mind* 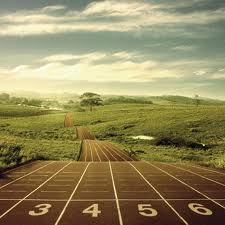 But God!  He resolved in both our hearts that we were to move forward to adopt a very specific child.  A child whose medical need was frightening to us.  A child who deserved a family.  A child whom God had already set into our family from the beginning of time.  And we were determined to not only move forward, but to do so with joy, with every single step.

Eight months later Khloie is home!  It was the hardest and yet easiest 8 months ever!  It was hard to announce we were adopting again for fear of the response.  We started fundraising the day we submitted our Letter of Intent to adopt her because we didn’t have the funds for the next step.  It was humbling to admit we needed help.  It was exhausting to hold one fundraiser after another for eight solid months.  And yet, it was easy because it was from the Lord.  We were certain this was His plan.  We constantly focused our attention on Him. It was easy because all the things that were completely out of our control went so smoothly.

Now that Khloie is home, we are able to see His intent all along:  That HE would be glorified!

He provided all the funds needed.  Khloie’s physical development is incredible.  But most of all, many people have been drawn to the LORD.  They have watched as He has shown Himself in ways we couldn’t imagine.  He has touched hearts and brought tenderness.  We’ve been given so many opportunities to share and brag on Him, in China and since coming home.

In my estimation this was probably one of the big things God has called us to.  Because it was beyond our reach.  Because He had to show up for it to come to fruition.  But He is revealed in all the little things too.  He has reminded me that I must share His love, His grace and His provision in daily life.

Only if I am in a right relationship with Him, will I hear when He calls me to the big and the little things.  Only then will I be ready for the finish line. 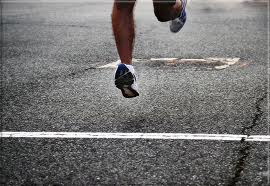